HuskMitNavn (RememberMyName) (b.1975) is a darling of the Danish and the international art scene. The artist is extremely popular amongst the nations art lovers and is not only reachable within the traditional art institutions, represented by galleries and museums, but can also be experienced on the streets of Copenhagen, Aarhus and multiple locations around the world. HuskMitNavn has not only caught the eye of the generic art world but also of the general public from teenagers to middle-aged mortgage investors.

HuskMitNavn began his art practice on the streets of Copenhagen, making his works in direct relation to the surrounding environment, on the surrounding environment. The artist has not left the street but has adapted his practice to fit the formal art institutions as well, through painting (on canvas not walls), drawing, graphics and lately via social media and book releases.

Through his art, HuskMitNavn consistently comments on the political environment as well as personal everyday experiences, continually communicated to his fans via photos and videos on Instagram and Facebook – while still remaining completely anonymous. HuskMitNavn has maintained anonymity even though his main canvas is no longer the streets.

What the artist has also maintained, is his unmistakable brushstroke and stylized caricatures, which form the basis for his narratives. His work is never accompanied by elaborate statements; the depicted characters can speak for themselves. HuskMitNavn is incessantly evolving his artistic practice through trompe l’oeil experiments, new materials, and references to the history of art.

With his usual sense of humor, irony, and empathy, HuskMitNavn captures the exceptionally ordinary implications of modern everyday life. That is, huge amounts of laundry, sleep deprivation, train rides to school, dentist appointments, all these familiar obstacles of life figure alongside everyday miracles such as random acts of love and accidental kindness.

HuskMitNavn takes as his starting point the joy of recognition – the fact that the viewer generally likes to be able to recognize him or herself in the depicted situation. The artist is of the opinion that it is “deadly boring” to hear artists’ account of their artistic practice and would much rather see the work from the viewers’ perspective, therefore he leaves the interpretation of his work to his audience. 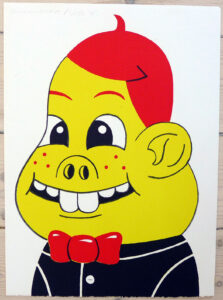 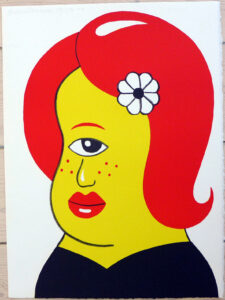 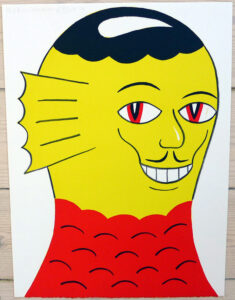 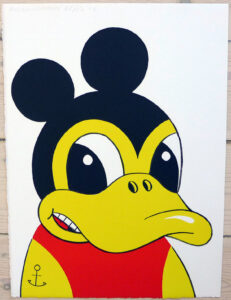 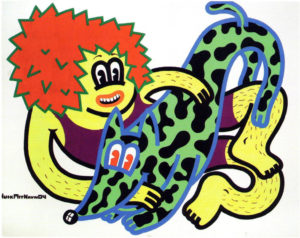