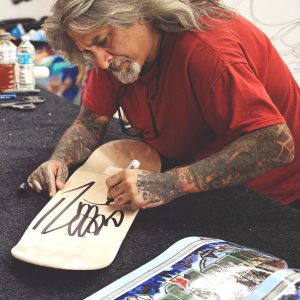 Richard “Richie” Mirando, known as Seen UA, born 1961 in the Bronx, New York City, is one of the most well known graffiti artists in the world, often referred to as the Godfather of Graffiti, although he did not pioneer the movement.

Seen first started to paint on New York City Subway system in 1973. His crew United Artists (or simply UA) quickly gained the reputation for producing full-color throw-ups on whole cars with members such as Duster, Sin, and his brother Mad.

For the next 16 years his pieces were running across the city and on all subway routes, but they were especially prominent on the 2, 5, and 6 trains. He was responsible for dozens of whole-car top-to-bottoms, many of which have become iconic images of the time.

It was during the very early 1980s that Seen started producing work on canvas, shown by galleries and bought by museums and private collectors across the globe. These included not only solo exhibitions but also group shows with artists such as Keith Haring, Andy Warhol, Jean-Michel Basquiat, Dondi, Quik, Blade, and Lee Quinones. Despite the high demand for his work in Europe and constant world travel, Seen continued to hit the New York subway trains until 1989, long after increased pressure from the MTA had stopped many from doing so. He was also featured prominently in the 1983 PBS documentary Style Wars.

In the late 1980s Seen also turned his talent to tattoo art, opening Tattoo Seen, which quickly became one of the most successful studios in New York. Seen’s recent work includes three-dimensional sculpture, mixed media work with reclaimed or discarded materials (often found in the street), and a series of hand-painted, limited-edition MTA New York subway maps. He continues to exhibit worldwide and produce work with and alongside artists such as Banksy. 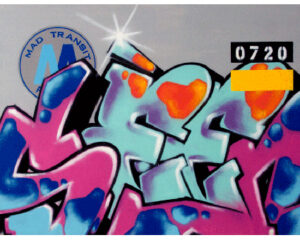 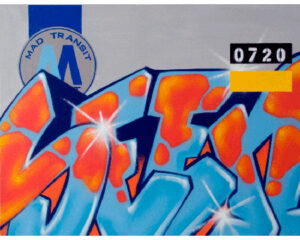 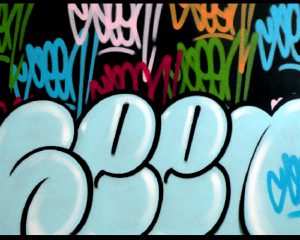